I recently came across an interesting article which aims to explain the Principal Component Analysis (PCA) to a technical audience. The article cites a definition from the "Pattern Recognition and Machine Learning" textbook by Christopher M. Bishop:

PCA can be defined as the orthogonal projection of the data onto a lower dimensional linear space, known as the principal subspace, such that the variance of the projected data is maximized.

Reading this quote reminded me of my long-standing impression that the way most people talk about PCA, even though technically correct, is often too complicated, incomplete and misses some very important points.

I have this impression about many concepts in statistics (I'm looking at you Receiver Operator Characteristics), but it doesn't have to be this way. Understanding PCA can be as simple as understanding how legos work.

I decided to try and give you another angle on PCA, one which I believe is simpler and hits on the main points. This also gives me an opportunity to talk about legos, which I find to be a plus in all occasions.

A lot of math is about building blocks. Eigenvectors are building blocks, so are prime numbers, Fourier modes (and for that matter all special functions), terms in a Taylor series etc. This is because, just like with most things, it is often easier to study complex mathematical objects by breaking them into a set of building blocks first and then studying the building blocks.

The mathematical building blocks can vary widely, but they are often defined such that they have two common properties:

In order to explain what this means in practice, consider for example a 1D time series.
To a good approximation I can always write this time series as:

Most people who are familiar with PCA have seen it written in this form¹:

Most of the data we deal with is some form of a matrix. Images are matrices of pixels. Tables are matrices of features and observations. Often we want to find approximations of our data which minimise information loss, for reasons ranging anywhere from data compression to the "curse of dimensionality".

We use PCA to alleviate these problems by default. But why? We could have used any number of matrix decompositions to reduce data dimensionality. We could also choose any building blocks we want. What's so special about PCA?

As an illustration, imagine I asked you to build a lego house, without a limit on the number or type of building blocks you could use. You might come up with something like this:

Now imagine I asked you to build a house, but you could only use 10 lego pieces. You would probably look for 10 pieces which would allow you to include the most dominant features of a house: walls, roof, maybe a door or a window. 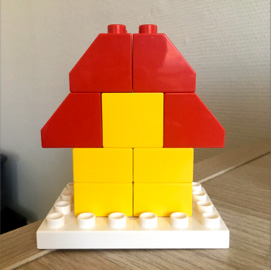 PCA is very much like building a lego house out of a finite set of pieces: you are trying to find the best linear approximation to your data by using only a few building blocks.

And this is precisely why we use PCA: because it gives us building blocks such that they add up to the best² possible representation of our data with any fixed number of building blocks. (This is what people mean when they say that PCA maximises explained variance.)
Keep in mind that PCA gives the best possible building blocks if you require them to be linear, but outside of this scope, you might be able to do better (e.g. embedding methods).

PCA IS A COMPRESSION ALGORITHM

Another way to think about the lego house example from the previous section is to think of it as a compressed representation of a house. Both objects we built represent the similar information: the object is a house. One does it with many pieces, the other with only 10.

Let's look at another example. As we can decompose almost any matrix into building blocks using PCA, I can do this with any image, such as this one: 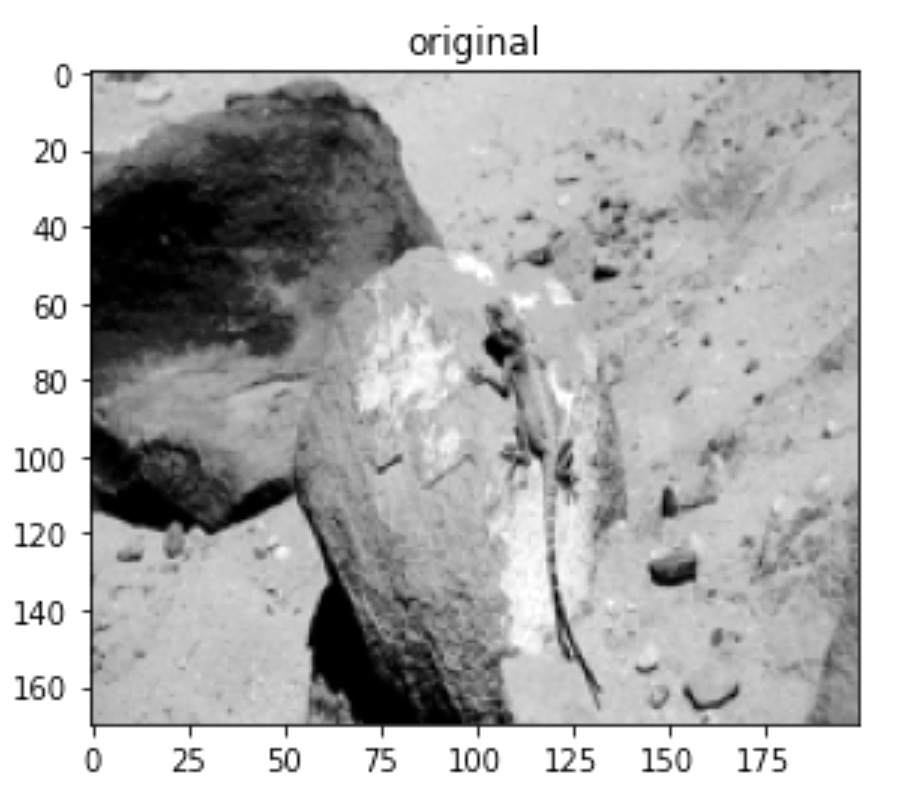 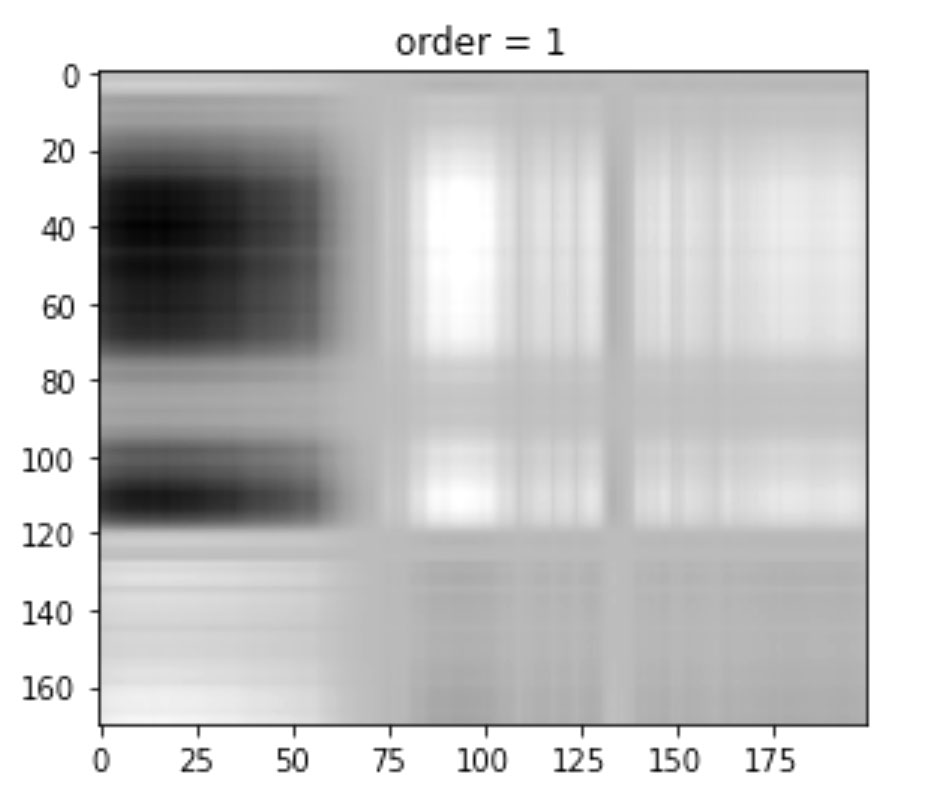 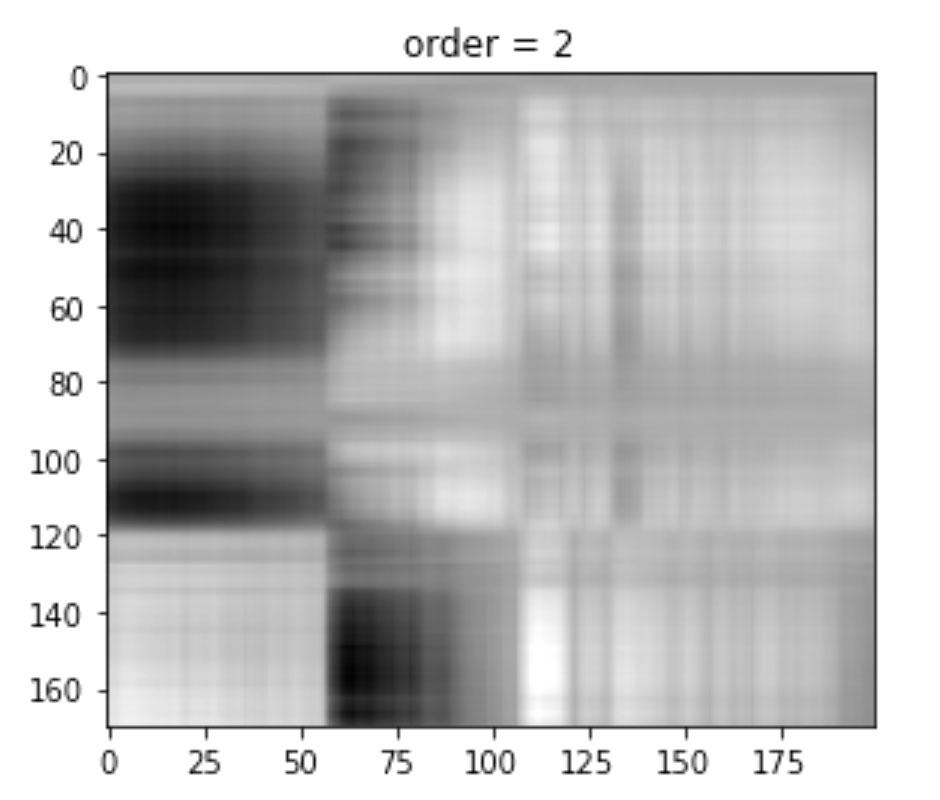 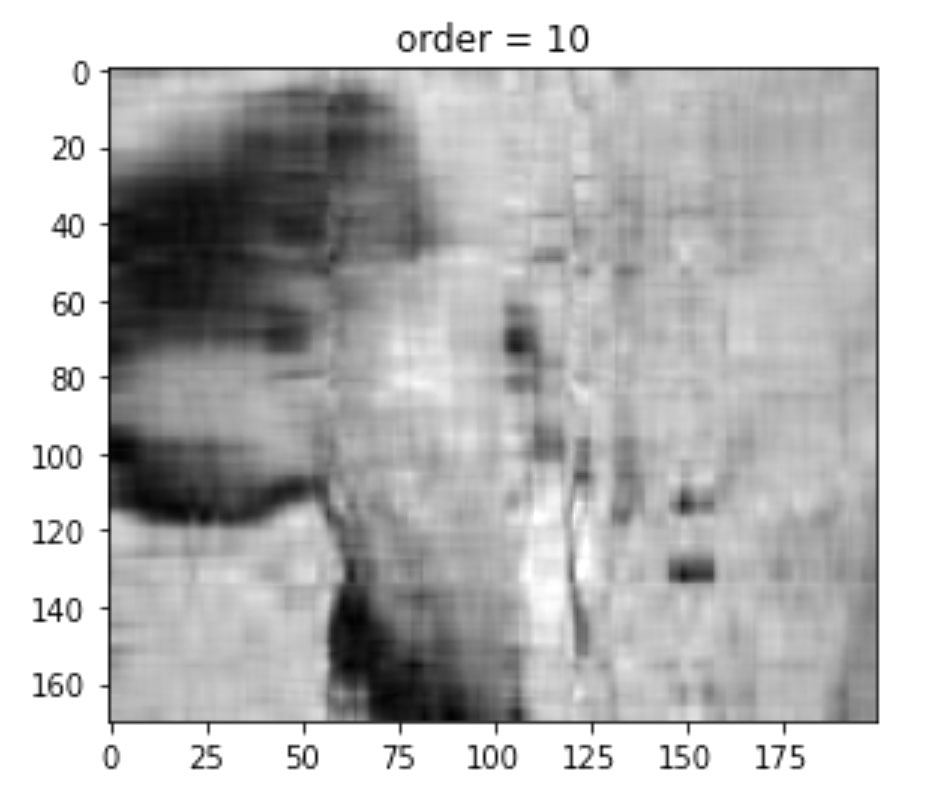 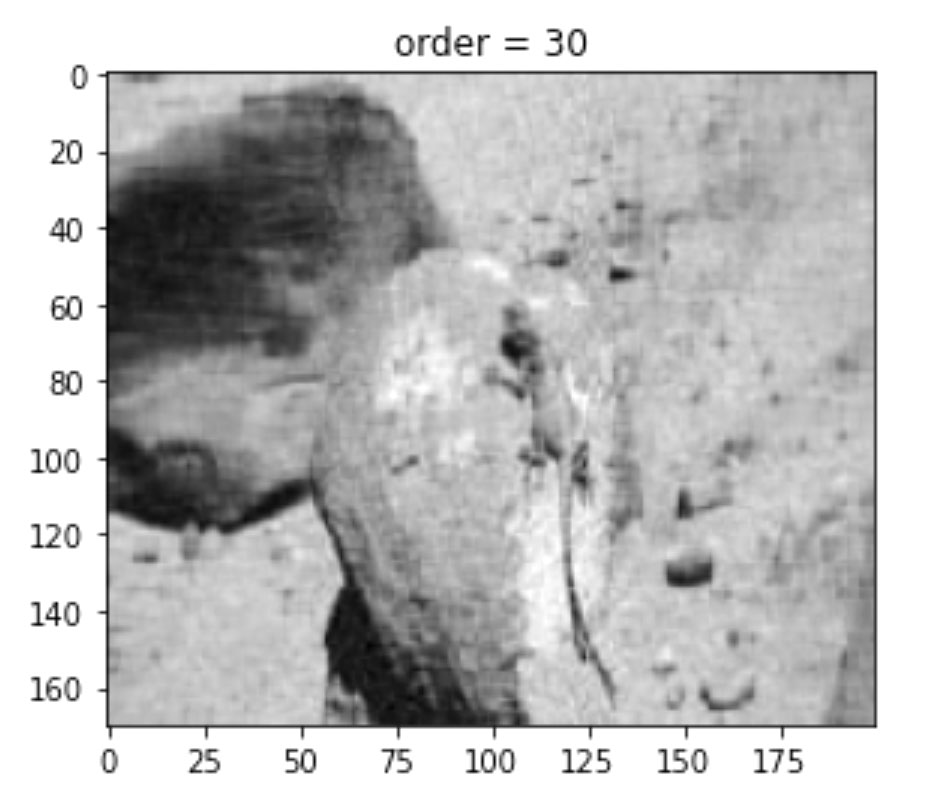 Adding additional building blocks picks up the dark region on the bottom of the image. Ten blocks already starts to look like the original image, and by the time we reach 30 we have already recovered most of the original information in the image.

This is what dimensional reduction is all about. Finding a compressed representation of your data which tries to minimises information loss. It is precisely what PCA does for you.

I hope I managed to demystify PCA for you at least a little bit and to convince you to think about PCA not in terms of convoluted definitions, but in terms of simple building blocks that you use to construct approximations to your data.

My personal experience was that once I started thinking about linear algebra, PCA, vectors etc. in terms of building blocks, many things simply clicked in and started making sense, even beyond linear algebra and matrices.

For all of you who are more on the math side, I'll give you a very technical example: if you ever used Fourier transforms, you probably know that sines and cosines (Fourier modes) appear as solutions to a particular differential equation with a specific boundary condition (e.g. the wave equation), which in 1D can be written as:

I will leave you, for now, with a word of advice: always learn more, always strive to understand better and don't be afraid to think outside the box!

¹ Although not technically correct, Singular Value Decomposition (SVM) and PCA are commonly used as synonyms. In this article I do the same.
² "The best" here means that the difference between the original data and the approximated is minimised (e.g. Hilbert-Schmidt norm of the matrix difference).

Improving the production yield of pharmaceutical products
Data Science
Related blog posts
Artificial Intelligence : Should you blindly trust data?
August 2020
·
By Caroline Vandenplas
How much data do I need for my AI project?
August 2021
·
By Laetitia Josse

Would you like to work with us?
Anytime, anywhere, send your CV to jobs@b12-consulting.com
B12 Office
Come and visit us