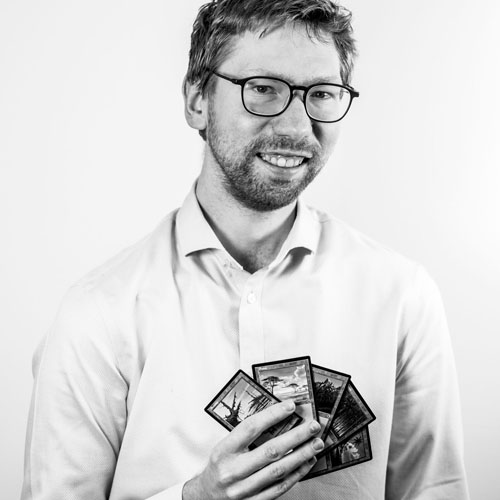 His research focused on Random Matrix Theory, at the crossroads of statistical mechanics, probability theory and complex analysis. In particular, he studied the statistical properties of mathematical models involving a large number of particles subject to both confining and repulsive forces. During his thesis studies, Antoine engaged in several side projects, such as a multiplayer 2-d video game, as well as a website which allows users to generate so-called Aztec Diamonds. He is also a fierce Scala enthusiast.

Antoine joined B12 Consulting in September 2018 as a Junior Associate, specialized in advanced data analytics. During his spare time, he enjoys ballroom dancing, and he never refuses an offer for a game of “Magic: the Gathering”.