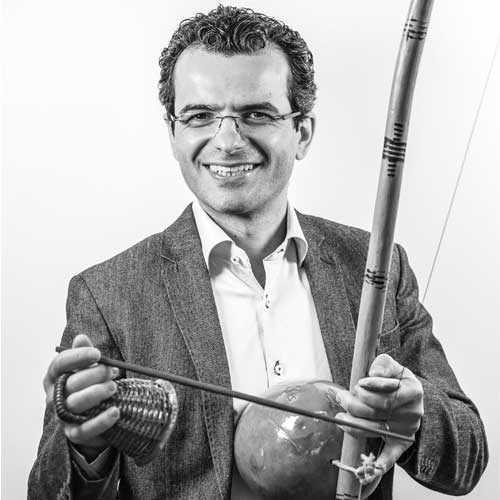 Guillermo studied Spanish and French language and literature at Sorbonne Université, Paris. He later went on to obtain a PhD in Linguistics and Bilingualism at Stockholm University, graduating in 2017. Until December 2021 he was a postdoctoral fellow at the Max Planck Institute for Psycholinguistics in Nijmegen, the Netherlands. On the side, he has always enjoyed mathematics and statistics and has taken university level courses over the years.

In his research, Guillermo focused on the problem of how everyday concepts (like “cat” or “jump”) are instantiated in the human mind and brain, and what role language plays in developing and using those concepts. He has a keen interest in breaking down complex questions into smaller, answerable chunks, and then putting those chunks back together to understand how they illuminate the original question. He is thrilled by tackling new, complex problems and enjoys developing a focused and creative team to achieve meaningful goals.

Guillermo joined B12 in December 2021 as a Project Manager. He used to spend many hours a day practicing capoeira, the Brazilian martial art. Nowadays, he spends most of his free time with his family, trying to instill fascination for mathematics in his two daughters (with at best partial success). He also likes running longer distances, reading just about anything from philosophy and popular science to literature, and sometimes embarking on an adventure, like biking from Madrid to Stockholm with his wife.

Lab data acquisition system
Software
Related blog posts
Scala.js : A somewhat opinionated guide to going Full Stack in Scala
May 2020
·
Antoine Doeraene
How did collective intelligence at B12 Consulting help us in our management of the COVID-19 crisis?
July 2020
·
Camille Libert
Ethics and AI : A few words on
October 2020
·
Fanny Asukulu
To PhD or not to PhD: the data science question?
April 2021
·
Mihailo Backovic

B12 Office
Come and visit us