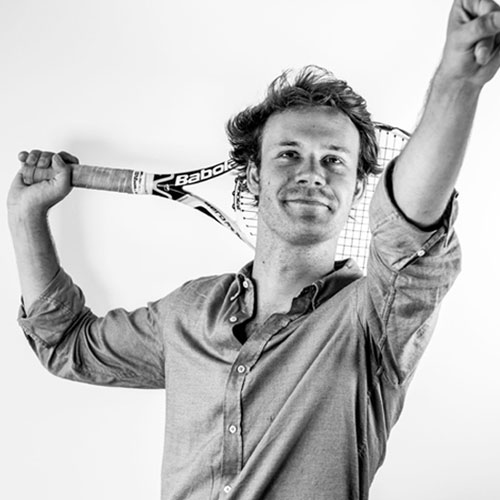 Maxime obtained his Master’s degree in Civil Engineering with a specialization in Applied Mathematics and Entrepreneurship, from the Université catholique de Louvain in 2019.

During his Master’s, he developed a strong interest in Data Science and Entrepreneurship. He wrote his thesis with a multidisciplinary team on the creation of the startup eBloom aimed at talent retention. During his studies, Maxime was also involved with several projects and non-profit organizations, and co-founded Bounce whose objective is to extend the lifespan of tennis balls for ecological and economic purposes. At the end of his studies, he participated in an intensive bootcamp at the Wild Code School in full-stack web development and worked for several startups as a freelance. He is passionate about new technologies and is always keen to acquire new skills in this area.

Maxime joined B12 Consulting in July 2020 as an Analyst Developer. During his free time, he enjoys playing tennis, skiing, windsurfing, riding his bike and spending time with his friends.