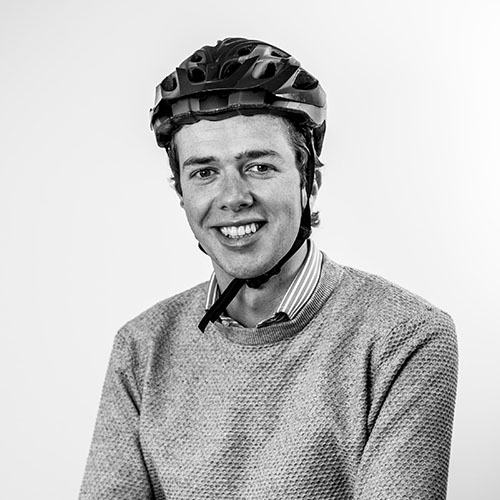 Sébastien obtained a BSc in Aerospace Engineering in 2017 from the Delft University of Technology and a MSc in Applied Mathematics with a specialization in optimization. His master’s thesis focused on a combinatorial optimization problem consisting of finding the best routes for a fleet of self-driving taxis allowed to carpool and exchange passengers.

Throughout his studies, Sébastien participated in various engineering projects in which he improved a liquid-propellant rocket engine, helped a hospital determine the accuracy of non-invasive blood pressure measurements or developed an optimization software framework that cut in half the production time of a filament-winding industrial robots. Sébastien also worked as a teaching assistant for a Python course, where he passed on his enthusiasm for programming to other students.

Sébastien joined the B12 team in April 2020 as an Analyst Developer. During his free time, he enjoys riding his bike, playing Ultimate Frisbee or hiking in the mountains.