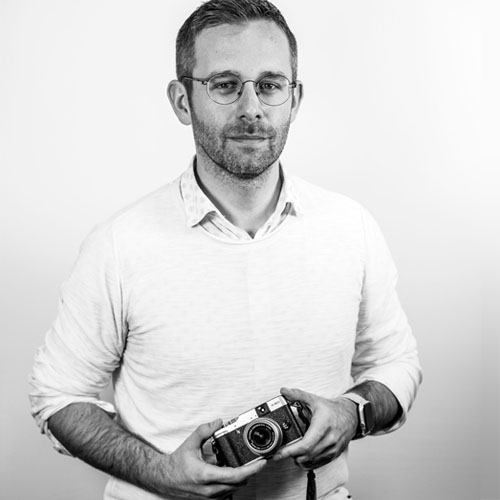 His research work was focused on phenomenology at CERN experiments and Monte Carlo simulations, in particular in the context of the hunt for the Higgs boson. He is one of the authors of two highly successful simulation packages totalling over 4000 citations. In 2010, he joined McKinsey&Company as a junior associate consultant and worked on projects in strategy and marketing/sales for clients in various industries. One year later, he helped founding Novapta, a young US consulting firm developing new generations of successful eLearning products. He was also an invited lecturer at the Louvain University, teaching Management and Physics, both at elementary and advanced levels. Since 2012, Michel is one of the Managing Partners of B12. He is mainly in charge of strategy and business development, but also actively manages projects in various industries, with a particular interest for advanced predictive analytics.

Michel is passionate about teaching, social sciences, and new technologies. He is also an avid photographer and happy dad!